Lynx is normally built on UNIX using curses, a screen management library. Contemporary versions of curses (as well as other libraries such as slang) support color.

Someone asked me (January 1997) for help configuring Lynx to run with color, linked with ncurses. I made changes (originally in the Lynx 2.8 release version) which implements the same color scheme as that which is done with slang (i.e., mapping the combinations of bold, underline, and reverse to colors. This is also known as the "Christmas Tree" color scheme. My changes can also be used to configure Lynx with SVr4 (e.g., Solaris) curses, which is the reference model for ncurses.

Here are samples showing Lynx built with ncurses and slang (before it was corrected to handle dtterm and other non-bce terminals), running on dtterm, using default and white backgrounds.

Besides the simple color scheme, Lynx also supports a more elaborate scheme which maps colors to the HTML types, known as "color styles". Here is a sample (linked with ncurses): 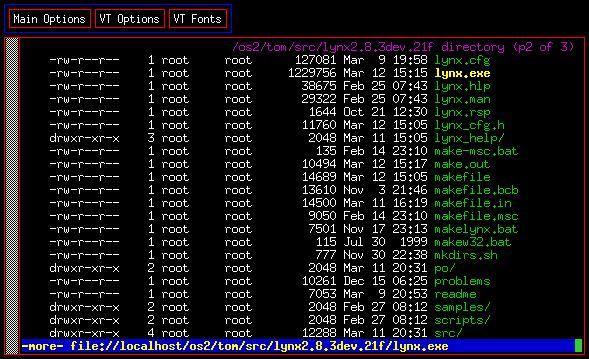